♥ | Because you can do great things there

We acquired a community newspaper and created the first pan-Asian publication in Seattle out of the ECC. It started with Diane Wong, ’72, Norman Mar, ’72, Alan Sugiyama, ’84, and me. I remember a meeting at the ECC, to name it. We had a bunch of ideas and someone brought up the song “Family Affair” by Sly and the Family Stone. We took that and created Asian Family Affair.*

On Saturdays and Sundays we met in the center and did everything by hand. Sometimes we had to ask the campus police to let us in on weekends. We had an IBM electric typewriter and we wrote and designed the paper, putting all the stories and pictures together. The university gave us this space to publish a newspaper and tell stories that no other local media would produce. We wrote about Alaska Cannery Workers and Executive Order 9066, the 1942 order that resulted in the imprisonment of 120,000 Japanese-Americans. We interviewed Patsy Takemoto Mink, the first black woman elected to Congress, and George Takai, actor and activist. We pushed for highlighting Asians in public roles.

Neither of us got paid. The newspaper was a labor of love for our community and the need to get the news out. Many of us went to school and the ECC was nearby. Without being able to start it there on campus, I don’t know how long we would have been able to stay focused. At the ECC we had a supportive environment. It was a place where people could have different perspectives and still get along.

* In 1972, Asian American and Pacific Islanders developed Asian Family Affair, the Northwest’s first pan-Asian newspaper. The hard-working team of journalists dealt with topics such as labor disputes, neighborhood protection and women’s rights. They did this work from the Ethnic Cultural Center. 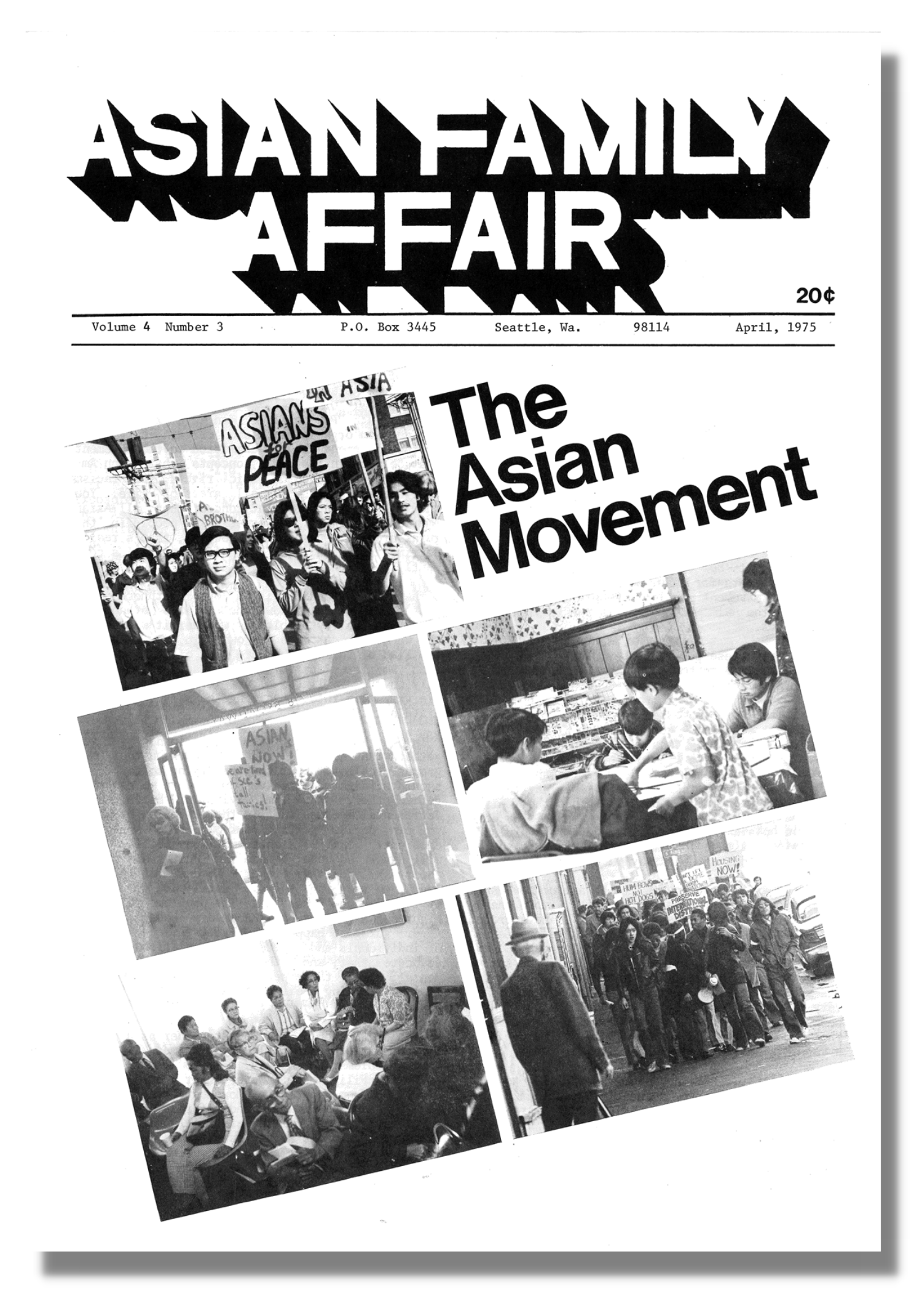